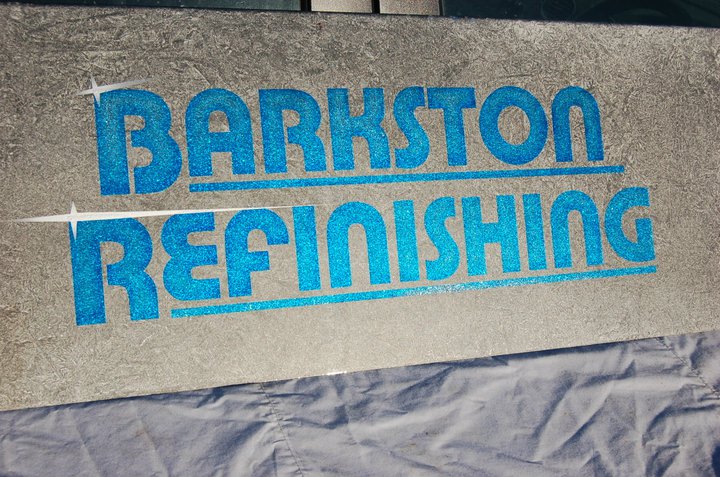 By Barkston Refinishing In Uncategorised On 25th March 2017

All productive staff have been apprentice trained and qualified to city & guilds / NVQ3.

David (Company Director) has been working on cars since the age of 11 when he first got behind the steering wheel of a 1956 Morris Isis and learned to drive around the yard at the family home. Apprenticed in 1971 for five years and still learning 37 years later , proud to have worked with some real tradesmen. During that time the job has seen many changes mostly good, but sadly some things not so. Every day brings a new challenge, sometimes frustration, but always satisfaction and pride.

Andy has shadowed his brother Dave since he left school with a few variations of employers but shares the same love of the job. He joined Barkston Refinishing in May 1983 and celebrates 35 years with the company this year.

Paul son of David was born to spray. Loves to paint something different and wants to hear from you! Normally nobody sees the efforts of his labour as his job is to repair the car so that no one can tell its been done. Give him something different to do and make him happy!

Rosemarie married David in 1977 and still loves him. – what a woman! Rosemarie mans the office on a Friday and generally looks after the money. She is a pussycat most of the time but is feared in accounts departments and by debtors who dare to exceed our credit terms without telling her

Adam has loved classic cars every since he was 11 when he built a 1976 Triumph Spitfire 1500 from a bare shell upwards and every since he was ready to do anything with a car from learning how to paint it to how to do bodywork on it from welding to panel beating, Adam is our apprentice, joined in September 2016 and is making a good start to his career